How I increased 28% of response rate using Emoji Marketing? 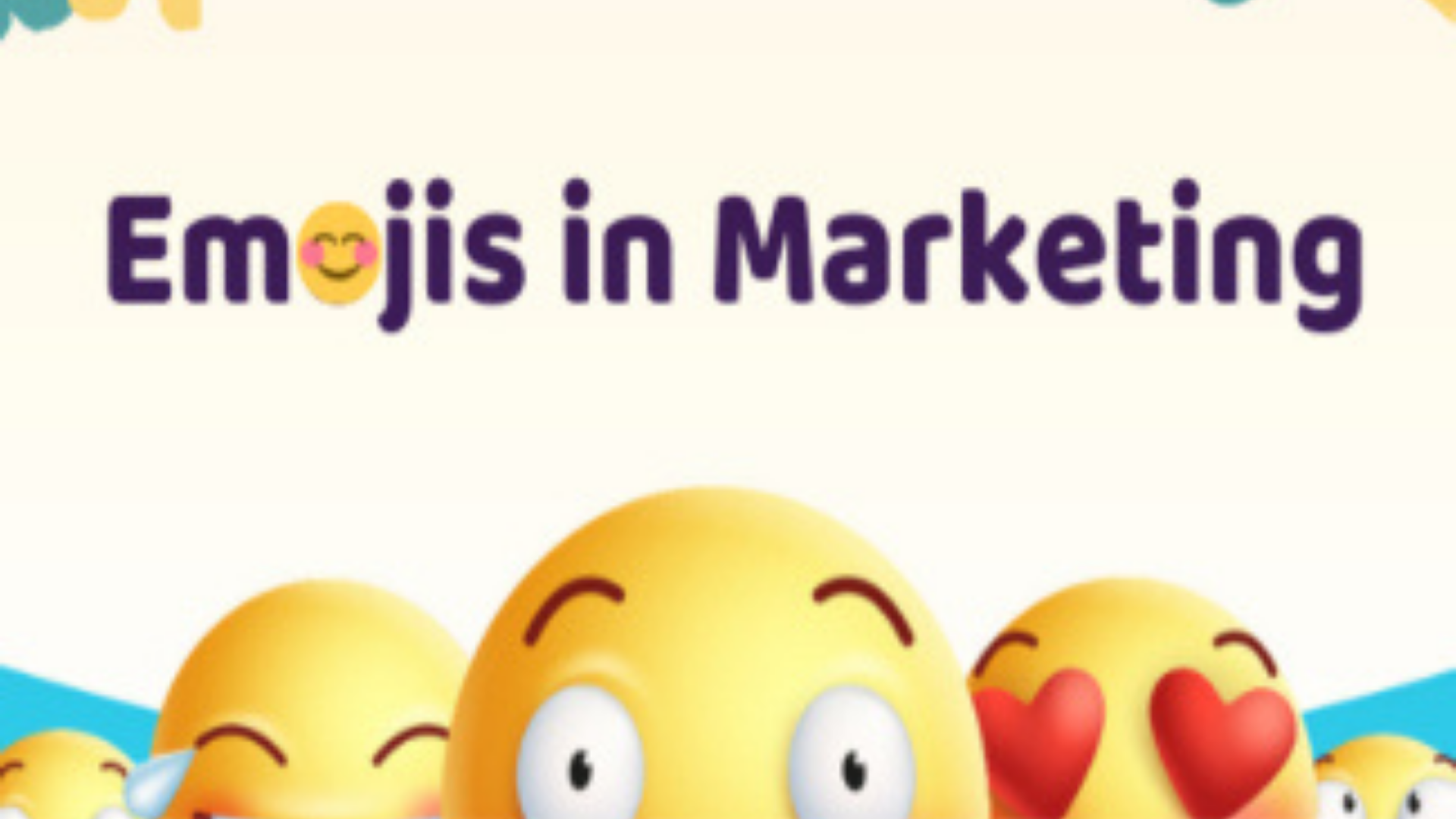 If it was 2012, the title of the post would have made you jump out of your couch.

Who knew these small icons could have made such an impact in our daily lives? Honestly, they did and they did it pretty well. But, it doesn’t ends here, The results I got when using emoji with marketing were pretty surprising.

Pardon me, If I am overstating, but emojis are everywhere in our daily conversation today. It won’t be wrong if I say they have completely transformed the way we communicate.

In fact, they have simplified it to an extent that it is hard to complete a sentence without an emoji😄.

Not only our regular conversations, emojis are also dominating the way brands communicate with their audience. Our Facebook Posts, Tweets, Instagram feeds and even our Email inboxes are flooded with the messages having a colorful emoji in it. And if you are anything like me, you might have noticed that our response to these posts is usually better than all those textual posts. Ask your instincts!!

I even have proofs for that. Wait for it! 😉

But before digging further, let’s begin with the basics first..

What is Emoji and Emoji Marketing?

In the most layman terms, emoji is a small digital icon that adds emotion to a plain text.

If you have seen these faces anywhere, you are already familiar with them..

A creative practice of planning different marketing strategies that involve the usage of emoji.

Why brands should use emojis for marketing?

Have you ever wondered why video platforms like YouTube have so much popularity? Well, It is because of our human inclination towards visuals. Since, visuals are a more convincing way to connect with each other, there is no denying to the fact that we love visuals no matter what form they are in.

From an image, a video to a GIF, visuals have evolved too much along with time and the latest one in the trend is Emojis.

Emojis may appear small but you wouldn’t believe what a single emoji in a sentence can change the whole meaning.

Emojis gets us right when the words fail us.

No doubt, I love talking to him.:)

Not only individuals, brands are also leveraging the power of Emojis.

Here are some reasons for brands to enhance the use of emojis in their marketing campaigns:

✔ Emojis makes them stand out

I know words are not powerful enough when it comes to persuade a curious mind. That’s why I’ve included these numbers here.

Clearly, the numbers are too big to ignore. This certainly makes a great opportunity for marketers.

Speak in a language your customers use - Emoji language.

A smart marketer can make use of emojis everywhere. With a little creativity, emojis can turn your boring subject lines and social media posts into highly effective ones.

Emojis can be used as hashtags as well.

Creativity has no limit and possibilities are always endless.So, If you haven’t started using them, you should better START Now! But make sure to do it Right. I’ll tell you how.

“There are over 3000 emojis in the unicode standards, you must know what works best for your strategy.”

Emojis to include in your digital marketing strategy:

I don’t want you to carried away by the excessive use of emojis in your content. So ,be strategic and make use of those which are best suited for your business. This research carried out by HubSpot was a great help for me.

The most popular emojis across popular social media platforms

The most popular emojis to increase engagement

The most popular emoji to encourage click-through

Well, now that you are aware of the most popular emojis used in marketing, it’s time to dig into right use cases.

Not all emojis suit every platform, so you better get it right.

Ways to use Emojis everywhere in your marketing

Emoji in your URLs:

The era of emoji marketing has just begun and who will deny the fact that emojis are all in today. Marketers are actively involved with them and finding a new way everyday to make a creative use of them. Adding emoji in your custom urls is just another way of it.

An emoji in a link can easily grab attention even in the busiest news feed. Emojis can give your neutral URL’s a whole new meaning. So why continue with your plain text URLs, when you can be creative?

Emails are the most straightforward way to promote your brand and market your offers. Our inboxes are flooded with tons of boring emails daily and not everyone bothers to open it until it is either important or captivating.

So why not make it more expressive with emojis in it? By using faces in place of complementary words, marketers have unlocked a whole new way to engage and connect with their recipients.

This is my inbox 🙂

People are no longer interested in regular text posts. They always want something extraordinary yet relevant to be served on their plates. They want to be emotionally connected with a business and emojis make the whole process very simple. Social media provides lots of opportunities to be creative with emojis. You can promote your blog posts, a quiz, an upcoming event, an achievement or even an offer in the most creative way possible with the use of emojis. You can take inspiration from Dominos too, as shown below.

Options are many when it comes to incorporate emoji in a marketing campaign, the idea is to find out the right ones for you. Well, that pretty much sums up the discussion for our next section.

How to include emojis in your strategies effectively?

Relevancy is the key:

In order to get Emoji marketing done right, you must understand the meaning of respective emojis and their relevance.

Since, I don’t want you to end up like this and this becomes more disastrous when it comes from your brand.

At the end it’s the interpretation that matters. So take some time to familiarize yourself with the emoji directory. If confused, ASK. As I’ve always said, it’s better to ask than assume.

Here are some very good examples of relevant subject lines having emojis in it:

Another example where Taco Bell made use of Taco emoji to convey their brand message.

Write for your target audience:

Before making use of emojis for marketing, it is essential to know whether your audience would accept the change or not. Analyze your target persona and their preferred platforms to hangout.

For example, if you’re into research or B2B niche, emoji is not something you should try. On the other hand, Emojis are much appreciated for businesses selling consumer goods, gaming, entertainment and food & beverages.

Don’t make the same mistake that Goldman Sachs did!

Design your own emojis:

From Dominos to Appsumo, everyone is using emojis in their marketing efforts nowadays.

What makes you different from them? May be, a custom designed emoji that is personal to your brand is your way to come into the limelight.

Not sure? Have a look at these customized emojis by Burger King:

Here are some examples of brands who have completely won the emoji marketing in recent years.

In 2015, WWF launched a very creative campaign using emojis. They created a campaign where the invited users agreed upon donating 0.10 euros every time they make use of any of the 17 animal emojis in their tweets.

The 17 emojis they chose were the most endangered animal species. You won’t imagine how successful this campaign was proved for WWF.  This really is a milestone in emoji marketing till today.

Marketers at General Electric took the whole emoji marketing to a new level. They remodeled the periodic table with a new one and called it “Emoji table of experiments” where emojis were used as teaching tools.

Every time, a user clicks on a particular emoji in this table, a DIY video, or an information with some special guest will appear at its place. For example, clicking on a rocketship pull up information about NASA’s new Horizons spacecraft. Certainly, a great approach from GE.

What not to do with Emojis in Marketing?

Don’t go overboard with their use:

Emojis are meant to simplify your meaning behind a message. But it is always the case that you get carried away with them. Even big brands have messed it up. See this example of chevrolet press release. It is composed entirely of emojis which is not at all readable and understood by anyone. The meaning of what brand wants to communicate was entirely lost. I hope I am clear now- Don’t overdo the use of emoji in your message that it lose its essence.

Understand the concept of your business message before making it creative with emojis. In context with a very sensitive and serious topic, I do not suggest to use emojis in your message. Let’s take this example. During the presidential campaign, Hillary clinton shared this tweet, which turned out to be a PR disaster for her.

People felt that she is devaluing a very serious topic and taking it too lightly.

Make sure to use an emoji that make sense with your post. Don’t use them just for the sake of doing it. When your audience can’t comprehend what you’re trying to say, it is of no use. Just like this emoji marketing campaign by Tampico.

Gallons of what?? Are we supposed to pronounce the faces as it is?

Although, they were following the trend of emoji for marketing, they failed badly. No one really understood what Tampico wanted to say with this post.

Lastly, there is not a single size that fits for all and it is entirely true for marketing.

When it comes to branding, it’s not necessary that what works for others, will work for you as well.

Emoji marketing is still a new concept for many. For example, Emojis at work are popular in some countries while others might not prefer them. In Finland, 60% of Instagram posts has emoticons while in Tanzania only 10% of the posts have emojis.

Always keep in mind, emoji is the compliment, not a replacement of text.

Before putting efforts in getting emojis work for your brand, perform a test campaign first and analyze its results in terms of click-through rates and open rates.

And Finally, here is the case study I promised for.

How I increase open rate and response rate in my outreach campaign using emojis.

Inspired by Appsumo’s use of Emojis in newsletters, I decided to add emojis in my outreach mails as well. I was not expecting much with Emoji but to my surprise, results were AWESOME!

Here are a few pointers:

Below is the data for easier understanding:

Hence, emojis are not limited for fun anymore. Depending on the business nature, they can help you a lot if done right. The best bet would be to give it a try and see if it works with your marketing strategy.

Shoot up the comments if any, I am waiting for your responses 🙂

Update: Many of you asked why the response rate was so low when we added emojis in body. This may be due to the fact that these mails were sent during festive season. During festivals people usually are away from work and delay the replies. 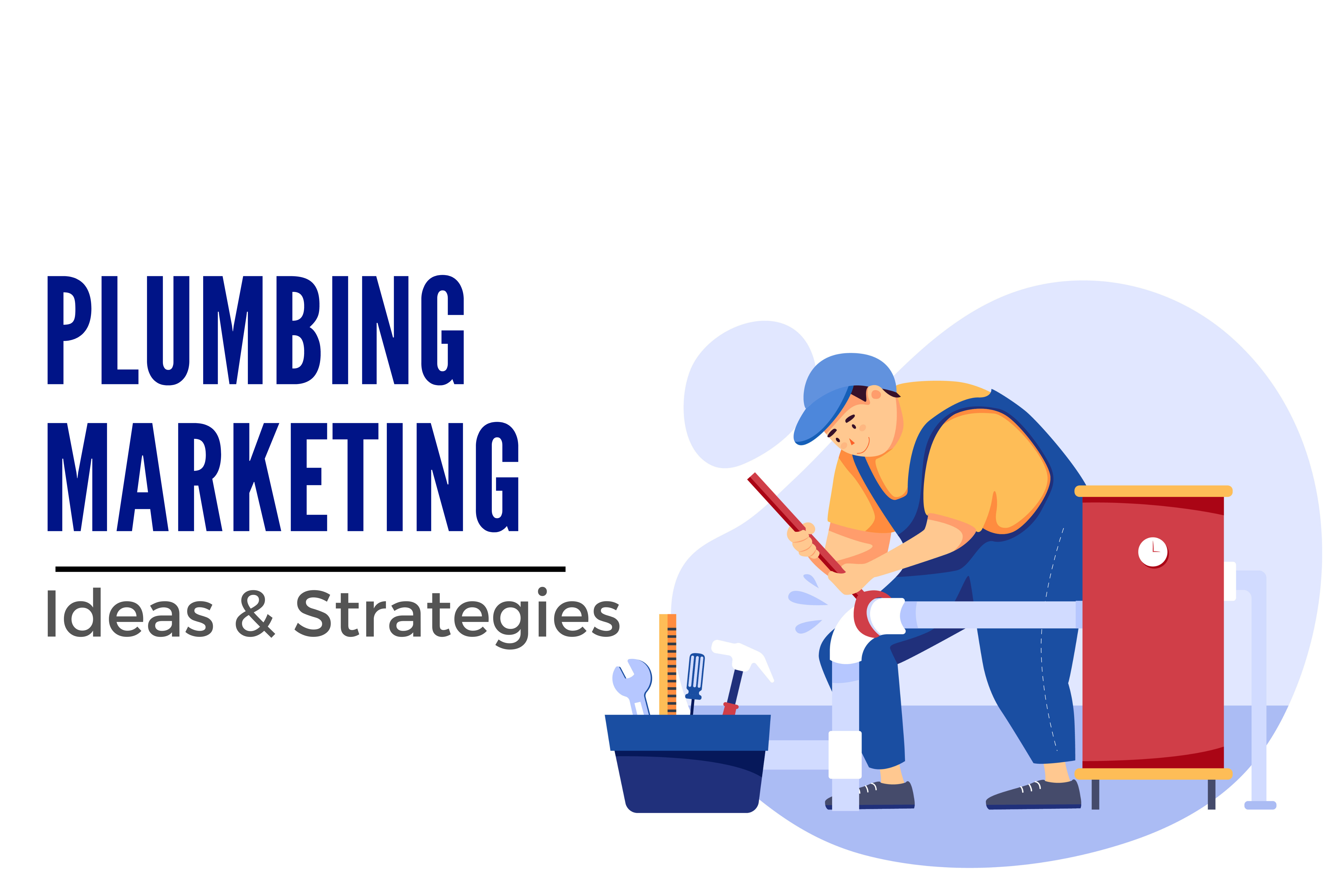 Looking for ways to send more customers towards your plumbing business? Proven plumbing marketing strategies you can start right away!
Read more 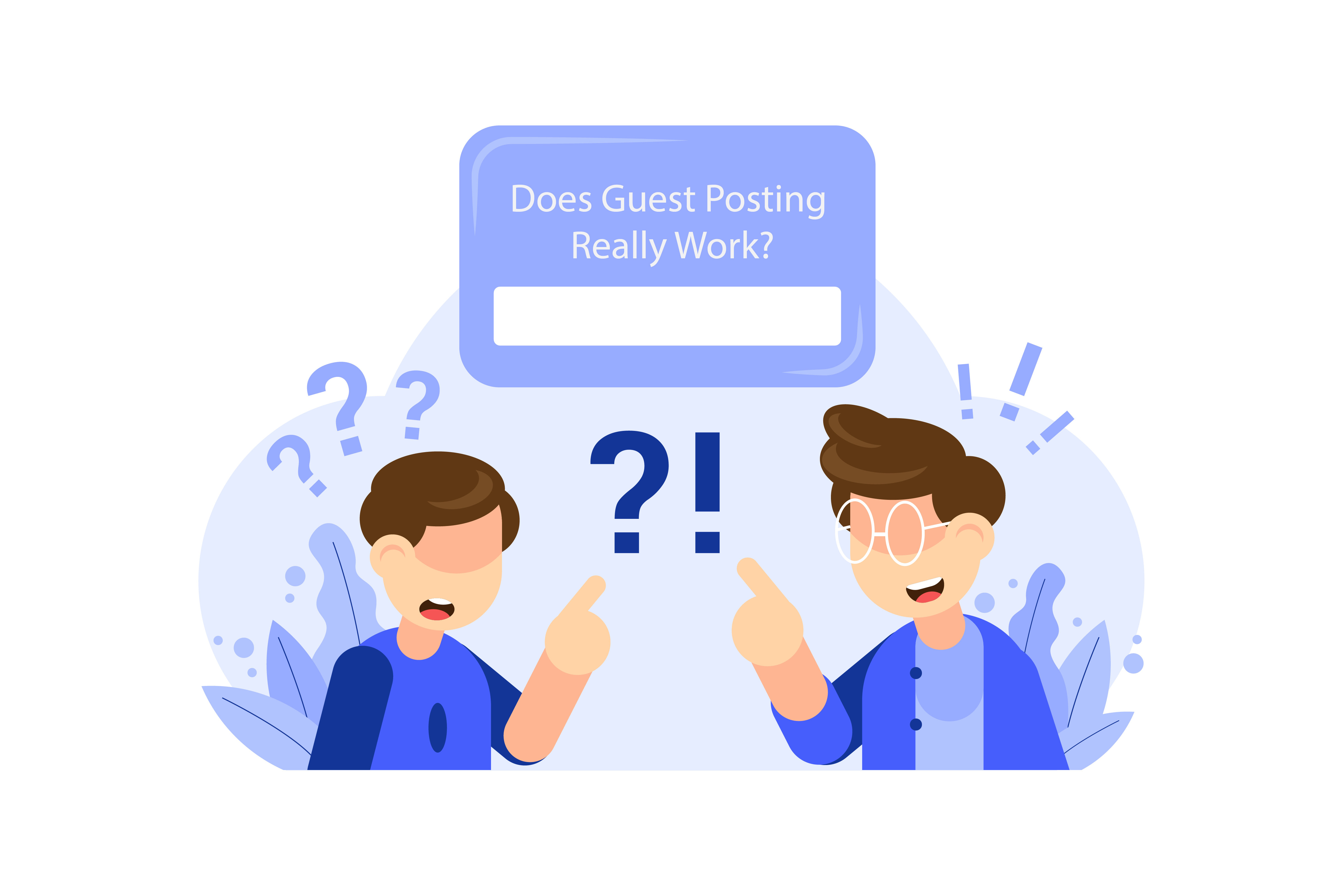 Is Guest Posting Done and Dusted? 6 reasons that prove otherwise

Are you in the fix of whether guest posting really works? Read on to find 6 reasons that will convince you to start guest posting today.
Read more 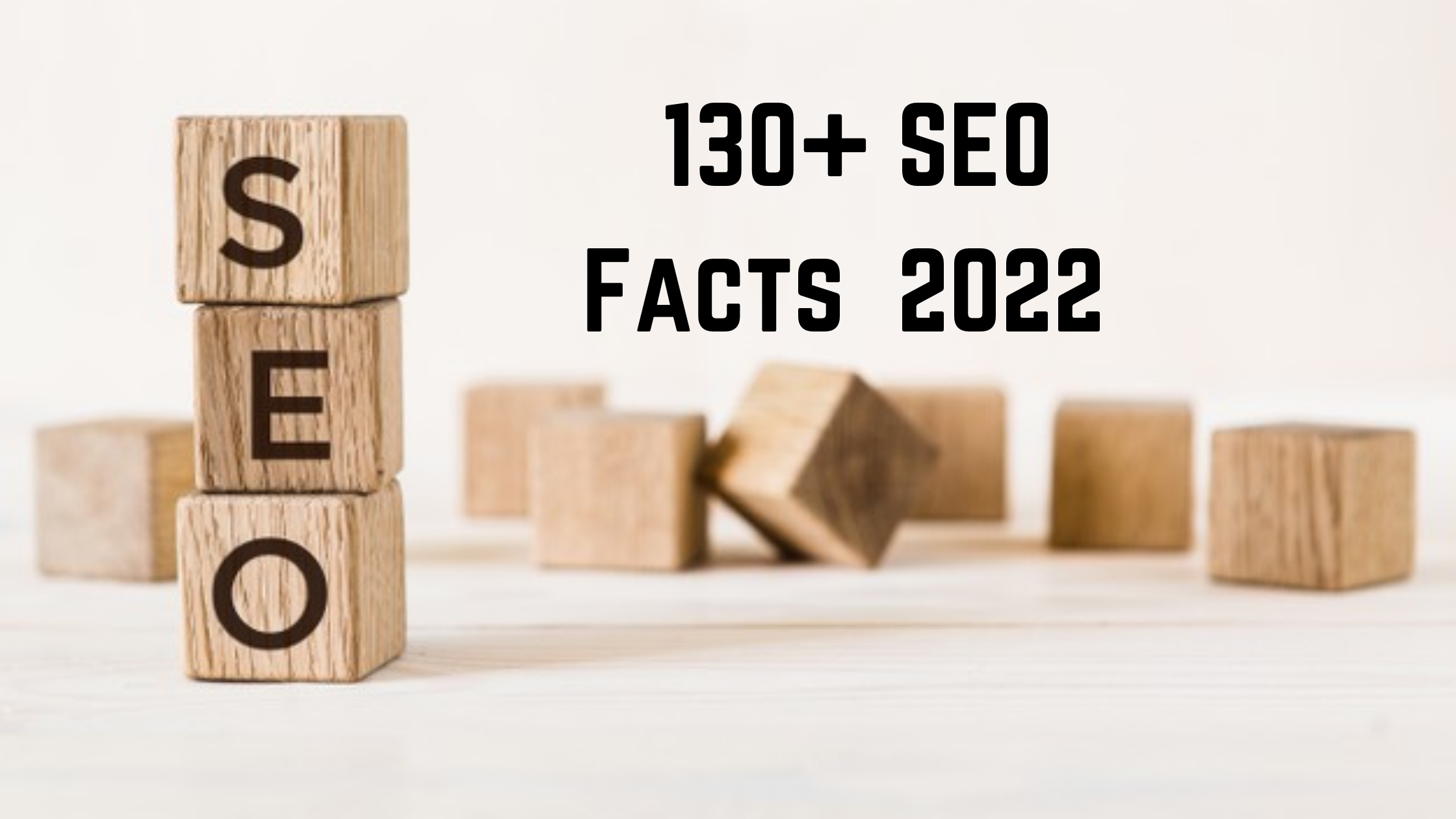 It is 2021, the pandemic still seems far from over, cryptocurrencies are rivaling against fiat, companies are getting
Read more
1 2 3 … 7 Next »

We Are Here To Help You?